Louis' first time on an aeroplane 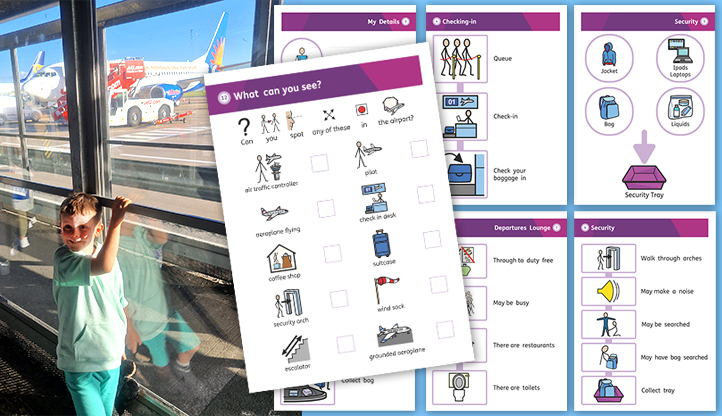 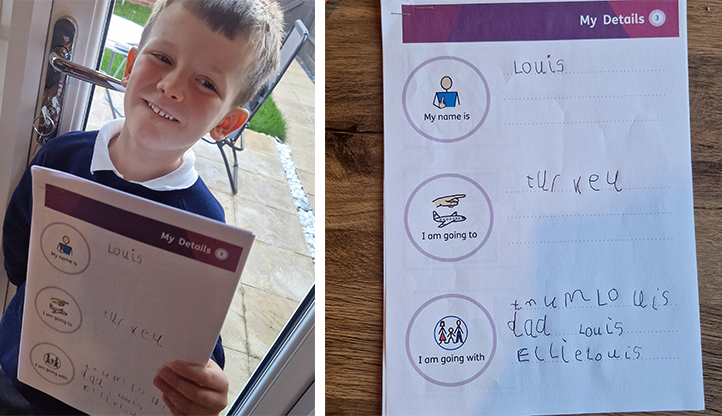 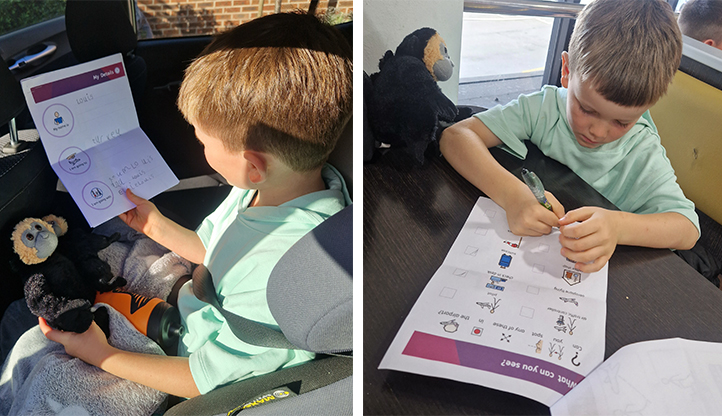 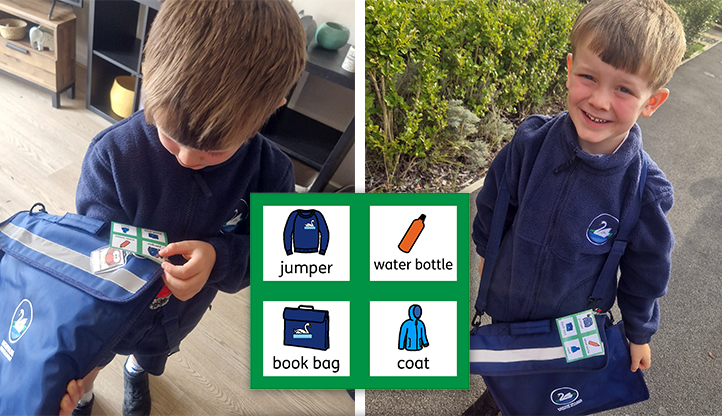 I am an advocate for symbol use and use them regularly with my 5 year old son, Louis. People often question why I use these as he does not have additional needs and my response is always the same, ‘Visuals are not just for those with special needs.’...

We have symbols at home on a weekly planner that allows Louis to recognise what day he has PE through the use of a trainer symbol or to recognise which days he has any after school club. He uses this daily without any prompting and also asked me to make him ‘some of those things (symbols)’ for school as he kept forgetting at least one of his belongings. We worked together to design a resource that he liked, changing the colour of symbols to match his water bottle and even combing symbols so that the jumper had his school logo of a swan included. The result was a keyring checklist which is attached to his book bag.

This has been invaluable in supporting his independence and he no longer needs me to check he has things in the morning as he says that he can do it by himself and each day after school he returns with all of his belongings!

More recently, we were going on holiday to Turkey and due to the pandemic, it would be Louis’ first time on an aeroplane. Although, very excited, Louis had lots of questions and felt a little anxious about what was to come. I printed off the ‘my aeroplane journey’ resource which I was unsure that he would engage with as he can be quite a reluctant reader and writer. However, he picked it up and independently, using the symbolised text, read through and described each step of the journey. He filled in the written part at the front of the booklet, enthusiastically asking me to spell the words for him and even took it to school to show his teacher as he was so excited.

When the day of travel came, he carried his booklet the whole way, ticking off each step of the journey and carefully spotting the different objects around the airport. Not only had it eased his worries but it had also kept him beautifully entertained. Thanks so much Widgit for supporting Louis but also making my life a little easier. I truly believe that days would involve lots more trauma (for us both) without these resources that have allowed him to be more independent and have a clear routine.