The ever expanding Widgit Symbol Set has been developed over the past 35 years and now contains more than 20,000 symbols, which cover an English vocabulary of over 55,000 words. Widgit's simply-drawn, colourful symbols each illustrate a single concept, in a clear and concise way, and cover a range of topics (including many curricular areas) wide enough to make them suitable for symbol users of all ages and abilities.

Widgit Symbols are used all over the world, supporting 17 languages, increasing the accessibility of written text, giving readers of all literacy levels greater access to information. As the Widgit Symbol Set is designed specifically for written information, Widgit Symbol users can develop a real independence in their reading and writing. 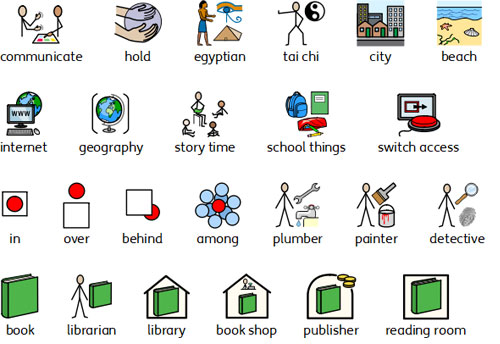